May their souls find eternal rest.

Funke Akindele announced her father’s death on her Instagram page on December 9th, 2019. She asked for his sweet soul to rest in peace.

Father!May your soul find eternal rest! Dad, I tried! Yes, I did!! “We adore you, but only God knows what is best for you!”.

Bisola Badmus, a popular Yoruba actress, confirmed the death of her beloved father, whom she refers to as Baba Adunni, on May 14, 2020.

“Dad, you taught me to be tough, but I’m sorry for letting you down; I’ll never be strong enough to accept that you’re no longer here,”

“Take it easy, powerful man. You battled valiantly. When I appealed for assistance, the entire world turned against us. It’s fine. Papa, may you rest in peace. “The angel has perished. “

Annie Idibia, a Nigerian actress and 2baba’s wife, lost her father on the 8th of May 2019. Her father, according to the actress, died after a protracted fight with cancer.

In her grief, the actress also sent loving words to her father, Ogaraku Charles Amaobi Ibeh.

“Who will Call me NWAPAPA ? Who Will I Call Father? My Heart is so Heavy…How does this pain go away? I wish my tears could bring you back, but it can’t of cos. I have to be Strong for my Mother and siblings right…..”

Vivian Metchie, a Nollywood actress and script writer, lost her beloved father to death in August 2017.

The actress, unable to hide her tears and quiet pains, decided to share them openly because her father meant so much to her, having taught her what life is all about during his lifetime.

“I’m still numb with the pain, my daddy, my papilololo is gone. I’m looking for words to describe you, to describe what you meant to me but word fail me. Rest in peace my father Chief John Chukwudi Metchie… Ezi Umueri.. papa Ngozi. You came, you saw and you conquered. I love you beyond word.”

Toyin Abraham lost her loving father in October 2017, but she did not share the facts behind his demise.

“Good night Dad,” she captioned a photo collage of her father.

Nazareth Jesse, a Nollywood actress, lost her father on July 24, 2019. Fans were informed of the tragic news via social media.

“OH FATHER, MY FIRST LOVE, MY KING, THE MAN WHO TAUGHT

WITH HIS LITTLE EARNINGS, THE MAN THAT EVERYONE ADMIRED, THE MAN THAT SHOWED MANY PEOPLE THE WAY TO CHRIST, THE MAN THAT LOVED EVERYONE AROUND HIM, A GIVER, A DELIVERER, I ONLY WISHED YOU STAYED MORE YEARS. YOU LEFT ME WHEN I NEEDED YOU BUT GOD

KNOWS WHY..MAY YOUR SOUL REST IN PEACE .. My Father died this morning.”

Mercy Aigbe announced the death of her father on her Instagram page on October 30th, 2017.

She posted a photo with the caption “Rest in Peace” and a brief comment, “Rest on Dad.”

On September 6, 2014, the Nollywood actress shared a photo of her late father on the social media platform Instagram.

“RIP,” is the caption. My first and only love, I’m missing you. It’s difficult to put into words how much it hurts. Dad, I will always adore you. “

Uzo Simkpa, a popular Nollywood actress known for her appearances in television shows such as “Do Good” and “Hustle,” lost her father following a long illness on August 28th, 2018. Prior to his death, the actress took to social media to beg fans and friends to give blood to her father in the hopes of speeding up his recovery.

Collette Orji, a Nollywood actress, lost her father in 2012. Her father died while undergoing treatment at the Niger Foundation Hospital in Enugu. 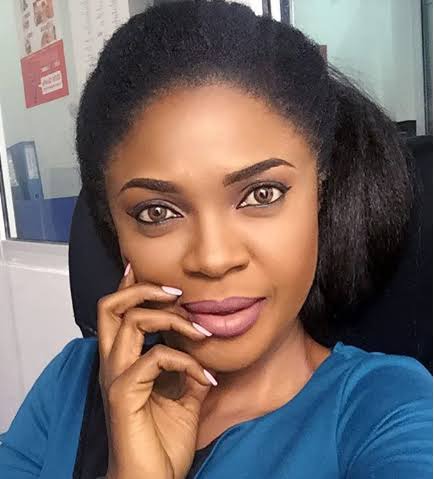 Omoni Oboli, a Nollywood actress and producer, lost her father in a tragic vehicle accident on May 5, 2017.

“RIP Daddy,” alongside a photo collage of her father.

In 2018, Cossy Ojiakor and her family were devastated by the death of their father, Chief Orjiakor (aka Ukwa achi n’aka). The actress’s mother died a year later.

“Mum….. what God has joined together not even death could put asunder. Mum and Dad finally together. RIP,”

Destiny Etiko is the most recent actress in Nollywood to lose her father. She described herself as “painful, heartbroken, and crushed” after losing her father to death’s brutal hands. She turned to Instagram on Friday, May 15th, 2020, to convey her feelings upon hearing the news that her father had died.

May the sweet souls of these compassionate people rest in peace.